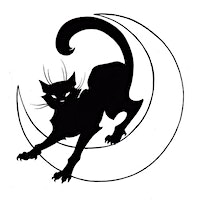 The Black Cat Cabaret began as the resident weekend dinner-cabaret at Café de Paris in 2012-2013. The company has since gone on to operate a pop-up cabaret supper club at some of the capital's most glamorous off-radar locations, as well as producing regular sell-out shows at Hotel Cafe Royal, London Wonderground, The Old Market Brighton, Rah Rah Room and Christmas in Leicester Square to name but a few, and private events all over the UK and worldwide.

2018 saw the cabaret felines continuing to wow audiences with "Salon des Artistes" at Zedel weekly, and a 6 week run headlining the Underbelly Festival spiegeltent at the Southbank with the première of a new theatrical circus show "Black Cat: Bohemia".

2019 sees the company add to its roster of residencies with a new weekly late night cabaret at Boulevard Theatre in Soho (opens Nov 2019), “The Haunted Ballroom” series of halloween parties at The Old Market in Brighton, and appearances at the Chichester Festival spiegeltent.

The Black Cat Cabaret draws inspiration from the absinthe-soaked heyday of Montmartre and from Edwardian London's glamourous cabaret underworld. This is *the* place to encounter modern performance in all its wondrous forms - from the sacred to the profane, the lyrical to the louche. A night at The Black Cat sometimes includes fine dining and strolling entertainment, always includes a provocative stage show bending genres of cabaret, circus, comedy and burlesque. It's where London's revellers come to rub shoulders and purr, as all the while, a certain eponymous feline watches on from the shadows.

Visit www.theblackcat.info for information on upcoming shows and images of past events!

Past an Eventbrite event link